Some films clash with the social mores of their time; others upend them. We tend to imagine our own modern morality as steadfast and grounded in truth. The lessons of history often say otherwise.

Allow yourself a glimpse into our moral history with this short list of controversial films now in the public domain.

D. W. Griffith's 1915 epic presents an alternate history in which the Ku Klux Klan restores order and white supremacy over malignant black rule in the Reconstruction South. In Griffith's film, African-Americans are depicted as overtly lazy, thieving, predatory, and violent. The drama unfolds around the need to suppress blacks' base desires as they threaten the social and political fabric of America.

Birth of a Nation was Hollywood's first bona fide blockbuster, raking in millions at the box office. It was also the first film shown at the White House under President Woodrow Wilson. But its success was met with controversy, as well. The newly formed NAACP protested the film and sought to get it banned. They argued it would lead to a resurgence in violence against blacks, and so it did. The film led to a revival of the KKK, and screenings of Birth of a Nation were used regularly as recruiting propaganda up to and through the 1970s.

The legacy of Birth of a Nation is still with us. The perception of black criminality, similar to its portrayal in the film, haunts representations in the media and colors profiling within the criminal justice system. On the other hand, Birth of a Nation is a technical masterpiece. Its nighttime filming, its grand staging of battles, its complex threading of plot-lines though parallel editing, all have been enshrined into the grammar of modern filmmaking. Birth of a Nation is still shown in film schools across the country, and this tension between its content and its form remain pivotal to questions of how films create meaning and how we judge their significance.

Haxan, or Witchcraft through the Ages (1922)

Part documentary, part phantasmagoria, Haxan is a cauldron of the medieval imagination brought to the screen. In some of the finest, most elaborate stagings of silent cinema, Danish filmmaker Benjamin Christensen entreats us to both witch-hunts and witchcraft. Although initially claiming witchcraft to be merely a matter of superstition, this film delights more in imagining the sorcery than it does in debunking the paranoia surrounding it.

At its Parisian premier in 1929, the young filmmakers of Un Chien Andalou, Luis Bunuel and Salvador Dali, anticipated a scandal. Bunuel reportedly filled his pockets with stones in case he needed to defend himself against a rioting audience. He and Dali had constructed their film as an assault on reason, eschewing linear narrative and causal sequencing for something more akin to dream logic, with tenuously related vignettes of the absurd, the fantastic, and the deviant. They believed audiences wouldn't know what hit them.

But Bunuel and Dali had misjudged both their audience and their moment in history. The opening night was attended by such luminaries as Pablo Picasso, Jean Cocteau, Le Corbusier, and Andre Breton's Surrealist group. Rather than igniting a scandal, Bunuel and Dali ignited their careers and received immediate welcome into the Surrealists. Dali would go on to become one of the most famous artists of the twentieth century, and Bunuel would be one of the century's greatest filmmakers, continuing in his vein of surrealist satire against the absurdities of the bourgeois class with such films as L'Age d'Or (1930), The Exterminating Angel (1962), Belle de Jour (1967), and The Discreet Charm of the Bourgeoisie (1969).

Bunuel and Dali happened to find their niche in an avant-garde movement that sought to confound and appall, and Un Chien Andalou has been succeeding in both for nearly a century. The incident of the slit eyeball doesn't need CGI to turn your stomach; rotting donkeys, priests, and grand pianos are a heavy load for anyone to pull; armpit hair can become someone else's mustache in an instant; severed hands are cherished objects; and when hands aren't severed, they have ants emerging from the palm. These are just a few fragments of Un Chien Andalou's bizarre whole, sure to perplex you, disturb you, and make you want to watch again.

"Ecstacy" Ekstase, a Czech-Austrian production, tells the story of a woman's sexual awakening, and audiences get to witness that awakening with unusual candor for the time.

The promise of sex lingers from the film's opening shot: a key clumsily fit into a keyhole, and a groom carrying his bride across the threshold of their new home together. But the night goes unconsummated, and the young marriage agonizes with boredom and neglect. The wife, played by Heddy Lamar, forces a divorce and soon finds herself in much more exciting circumstances. After a skinny-dip and then a naked jaunt through the countryside, she falls into the capable arms of a strong, handsome man, who is ready to finish what her ex-husband never started.

There's no greater stain on the history of the twentieth century than the rise of Nazism in Germany. Unsurprisingly, the Third Reich's crowning achievement of cinematic propaganda, Triumph of the Will, remains controversial to this day. There's a lot of hoopla around this film being morally abhorrent but otherwise a masterful piece of filmmaking. That's probably propaganda too. In fact, considering this film an advancement in the art of cinema is exactly the propaganda that the Third Reich disseminated in promoting the film: "Look at this movie, Nazis can make films better than all those artists we disappeared. Who needs them?" You'll have to ask yourself if a film so incredibly tedious, uneventful, and one-dimensional can actually be considered great?

One thing is for sure, though: this film had a great budget. While maybe the cinematic techniques are not revolutionary, the scale certainly is. This film was funded by the wealth of the state, and no independent studio can match that kind of access to resources. The relentless enormity of the production, with its parades and aerial views, is in itself awe-inspiring. Triumph of the Will is also a master class in the imagery of state propaganda. Wealth, unity, discipline, loyalty, strength, history, progress, and suggestions of divine ordination overwhelm every frame. Montage editing weaves complex but heavy-handed connections between these signifiers of power, pushed forth with every single cut in this nearly two-hour military parade film. It's so impressive and persistent that you're likely to get bored being so impressed. There's a reason why people are more familiar with clips from this film than the whole reel-to-reel experience. The Nazis win so much, you get tired of winning.

Ignore the flimsy plot about Billy the Kid and Pat Garrett, the real star of this film is the debut of 22-year-old Jane Russell's bust. Director and engineering wizard Howard Hughes even devised a steel-reinforced cantilevered bra to accentuate that bust. Despite Hughes' ingenuity, though, Russell claims the bra was too uncomfortable and she never wore it during filming.

Special push-up bra or not, Jane Russell's bit in The Outlaw made a splash. In some ways, her breasts saved the picture. Initially, the Hollywood Production Code Administration wouldn't approve the film due to exaggerated focus on Russell's cleavage. In response to the delay, Century-Fox cancelled their contract with Hughes. Again putting his cleverness to work, Hughes astro-turfed a campaign to get the film banned, having his people call ministers, women's clubs, and housewives, and tell them about the lewd content of Howard Hughes' latest project. The campaign worked, and there was public outcry to have the film banned, which, in reaction, created much higher demand for the film and, therefore, secured its eventual release.

After a week in theaters, though, the Production Code stuck its nose back in and got the film pulled. It wouldn't be until three years later that United Artists re-released the picture, and The Outlaw became a box office hit.

Frank Sinatra and Kim Novak don't bring the glitz and glamour you'd expect to this gritty underworld exposé. The Man with the Golden Arm is a stark, honest look at the suffering and tragedy of drug addiction. Otto Preminger, the director, didn't bother to get the Production Code's approval for the film. The film's treatment of drug addiction is sincere, complex, and bleak, and Preminger didn't believe the film in any way glorified substance abuse-quite the opposite, in fact.

Preminger's nuanced artistic sensibilities were not shared by the Production Code, though. Drug use was a taboo subject, and anything beyond the flat "dope fiend" treatment of a peripheral character was tantamount to endorsement.

A battle ensued: United Artists studio on one side, backed by public demand and theaters across the nation, and the Production Code Administration (PCA) and the Motion Picture Association of America (MPAA) on the other side. The Man with the Golden Arm came out the winner, and the Production Code's approval rating system incurred a debilitating blow. Codes were consequently revised, allowing films greater laxity in exploring formerly taboo topics, such as drug use, miscegenation, kidnapping, abortion, and prostitution. Soon thereafter, the Production Code would be rendered meaningless and ultimately irrelevant.

See where it all began in The Man with the Golden Arm.

Ultra-violent snuff film? Director Ruggero Deodato was summarily cleared of all murder charges once he was able to prove several of the cast members were still alive, but the fact that the charges even existed in the first place should tell you something.

A lot of people die on camera in this film. That's the premise: found footage of people being brutally raped, murdered, and cannibalized deep in the Amazon rainforests. But, it seems that no one actually died during the making of this film. A lot of animals did - sven in total - but supposedly no humans.

Ultra-violent social commentary? Some people argue that the film isn't just about violence, but is about watching violence - the journalistic exploitation of tragedy, especially tragedy occurring in far away regions of the world inhabited primarily by dark-skinned peoples. Proponents of this perspective claim that the found footage structure of the film is inherently self-referential concerning issues of viewership and exploitation.

No matter the underlying intention of the film, what happens onscreen in Cannibal Holocaust has been banned in many countries, by some counts 50 such countries. It is considered one of the most graphic films ever made. But, of course, how could such superlatives at the same time not engender an enthusiastic cult following? You're likely to find Cannibal Holocaust on many lists of the greatest horror films of all-time. 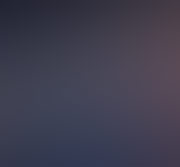 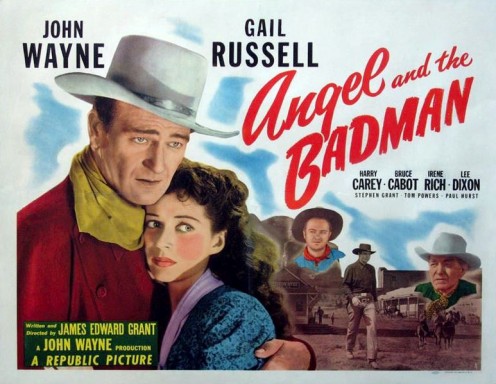